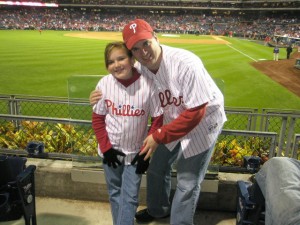 I do not wish to offend, but I’m a lifelong Philadelphia Phillies fan.  I count their World Series win in 2008 as one of the most memorable events of my life.  For me, it was more than just winning.  It was about a town, a team, and a title, but it was also about family and friends.  It was about sitting at a World Series game with not only your father and brother, but also with your daughter, and across generations.   We were together, all sharing the same wonderful experience.

An essential part of coaching is trust and understanding who you are coaching.  This is where Bowa went wrong.  Trust between the coach and the team is essential.  It breaks down barriers and allows both the coach and the team to grow and learn together.  To establish trust the coach has to listen and ask the right questions.  Through these questions, the coach will learn important information about the team.  This essential information will build bridges for collaboration.  Chances are, the coach will learn that the team may not always learn like the coach used to learn or that the team has its own style.  Acceptance of these differences, embracing these differences, trusting in each other, will grow a successful product.

In the online setting, face-to-face is not always possible on the road to grow a successful product.  Working with text in these spaces can be effective but can also cumbersome and difficult to manage.  Images are helpful when team members can see image as a representation of what they are experiencing, feeling, and sharing.  Essentially, activities that are interactive and engaging will help teams build trust.  Trust bolsters relationships.

Not every great player will be a great coach.  Also, not every great coach was a great player.  Great coaches listen, build trust, foster relationships, and have expectations that are reasonable.  Coaches need to be patient and flexible, because, at the end of the day, things don’t always go according to plan.  And that’s ok.  One more thing… go Phillies!