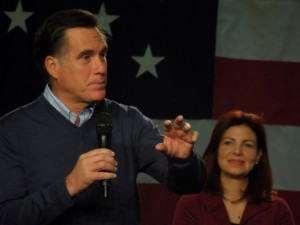 Almost eight months ago, my 10 year old daughter and I journeyed to New Hampshire the weekend before the Republican Primary.  My purpose at the time, aside from spending time with my daughter, was to immerse her in the political process.  To let her experience democracy in action, real retail, personalized politics.  I wanted her to see the politics is about the people and not just the personalities.  I wanted her to see civilty triumph.

We experienced just that.  In addition to meeting the good people of New Hampshire, we attended a Mitt Romney rally, sat in the front row of round table discussion featuring Rick Santorum, and were trampled by the media at a Jon Huntsman diner appearance.  We even happened by an Occupy New Hampshire commune and watched Ron Paul’s patriots parade on horseback through downtown Manchester.  It certainly was a learning experience.

I fear I know the answer already and I fear for the future.  A future generation of America’s leaders is watching this exercise in democracy and is not seeing our nation’s leaders at their best.  The issues are too great and the dialogue too destructive.  Chasm replaces compromise.  Big money muddies the waters.  The Republicans are wrapping up their sideshow this evening and the Democrats will run out their dog and pony show next week.  Neither charade will do any good for our nation.

Maybe as the balloons deflate and the confetti is swept away, the dialogue will improve.  Maybe as the leaves fall, civility will triumph.  I hope so.  Our children are watching. 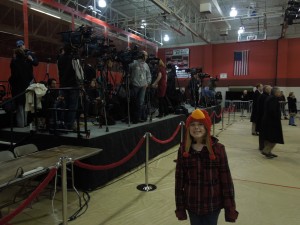